The Root Chakra – The first of the seven major chakras

this article is about the first energy center of the body.

The root chakra forms our base and is therefore immensely important for the stability of our entire chakra system. Its base color is red and its seat is between the legs (at the genital area).

As the first chakra it develops, according to the common chakra teachings, in babyhood or in the earliest childhood. Those who have experienced too little security and safety in the first 5 years of life often suffer from a blocked root chakra and its consequences. However, my experience as an energeticist has shown that even the embryonic period has a great influence on the issues of the root chakra (e.g. sense of security, trust in people and life, inner stability). If a child is not wanted during embryonic development, it will intuitively sense this and develop appropriate defense or protection mechanisms. Another issue is previously performed abortions. As an energeticist and aura medium, in many cases I can see and sense if the client has had an abortion before. The energy of the dead fetus in many cases does not leave the uterus. This energy can be felt, even by the newly growing child. Some of my clients have developed a disturbance in their root chakra due to events from their embryonic period.

Let’s first look at the state of an opened, healed and balanced root chakra: In this state, one lives in a deep primal trust, in a sense of existing security and stability. One is well grounded, stands with both feet firmly in life, radiates a life-affirming basic attitude, is in inner balance and in one’s power. The typical rock in the surf, which nothing so easily throws off course.

Blockages and fears on the material level (money, career and success) are signs of a weakened root chakra (e.g. constant feeling of lack). Unfortunately, a persistent feeling of lack also attracts actual lack at some point. Therefore, self-therapy is worthwhile not only psychologically, but also financially.

The topics of change, trust, inner stability and control are similar. Those who have their check points here are well advised to actively work on their root chakra and optimally with a good therapist or coach and energeticist.

Examples are: People who basically (without good reason) distrust other people and/or have to constantly exercise control. Both are not good conditions for a happy relationship.

In the base also sits and rests the Kundalini energy. This topic is so complex that I will only touch on it briefly here. I will write more information about this important topic in an extra article.

Once the Kundalini energy is awakened, it rises along the spine and passes through the individual chakras. This process is a great emotional as well as energetic cleansing that can last for many years. Positive as well as negative accompanying symptoms accompany the path of the „student“. But the reward is great: the goal of this purification process is the achievement of a higher consciousness, up to enlightenment. This happens over many years. The course depends on the severity of the blockages in the emotional body and the individual chakras. The less blockages, the less problems (physical as well as psychological) with the Kundalini energy. It should never be awakened by a third party if the student is not yet internally ready for this strenuous process. More about this in a later article.

Self-healing of the root chakra:

– Through crystals: garnet, red agate, ruby, red jasper, black tourmaline, rhodonite. These crystals can be placed on the root chakra for a long time or worn as a stone around the neck.

– Aromatherapy: clove, rosemary, cedar, sandalwood. (Caution with cats: Inhalation of most scented oils is highly toxic to them).

– Color therapy: powerful red, dark red, brown. Wearing the color on the body supports the chakra. If you like, you can also do your root chakra some good with red underwear or red socks.

– Chanting/Vibration Therapy: Focus on your root chakra and bend your upper body down as far as possible until your posture forms a U. Your hands rest on the root chakra. Chant a deep, long „U“ 5 times. Please do not overdo this exercise. Caution: as soon as you start to feel uncomfortable, you should stop the exercise.

For the removal of larger blockages, it requires support from an experienced energeticist.

If you need support, please feel free to contact me. I heal and open the chakras of my clients, I also raise them energetically to a higher vibrational frequency. In my practice in Berlin and/or remotely (via video remote treatment).

If you have questions, you can contact me at Nadine.Barthel@nergizeyourself.com. 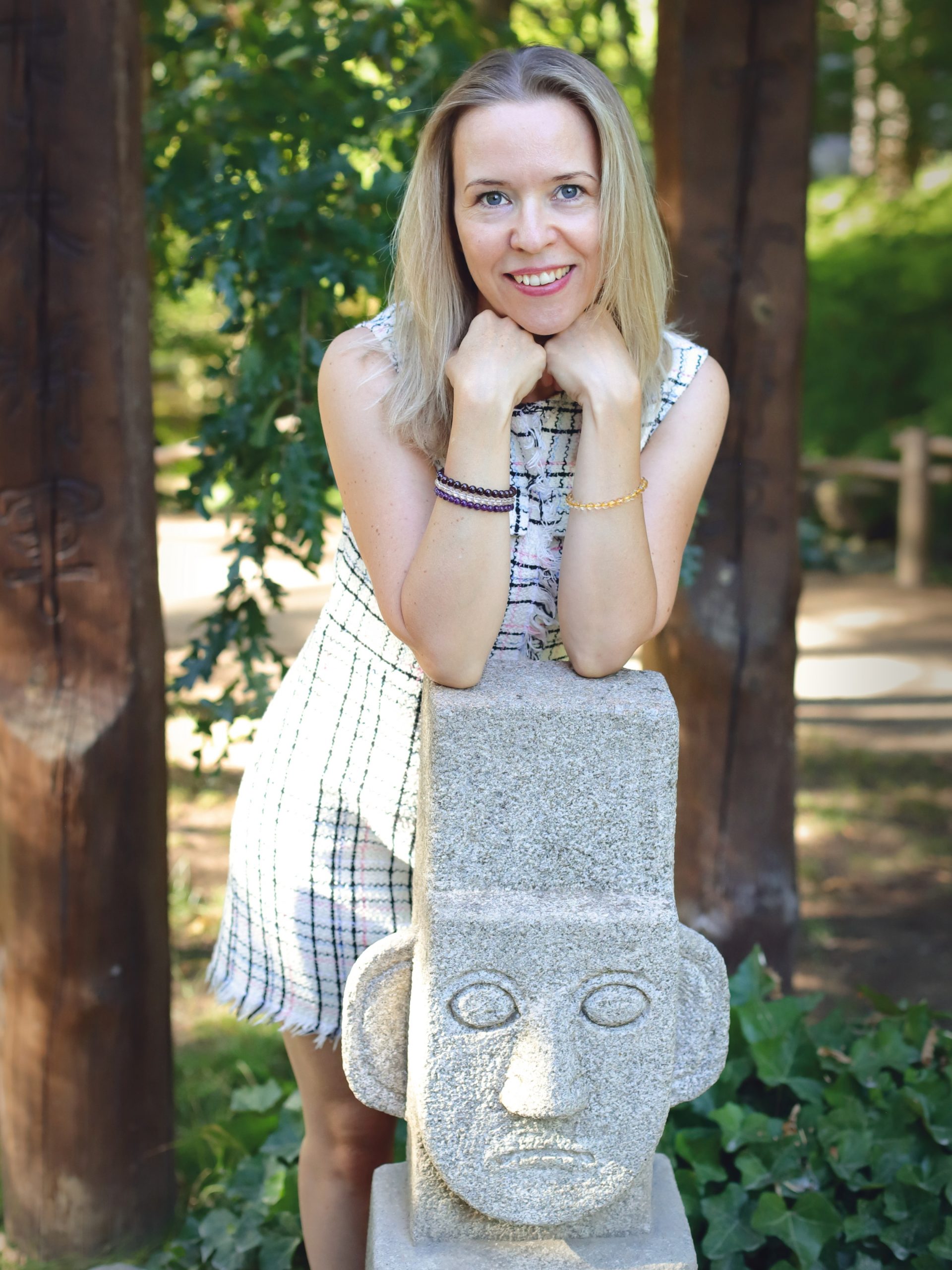